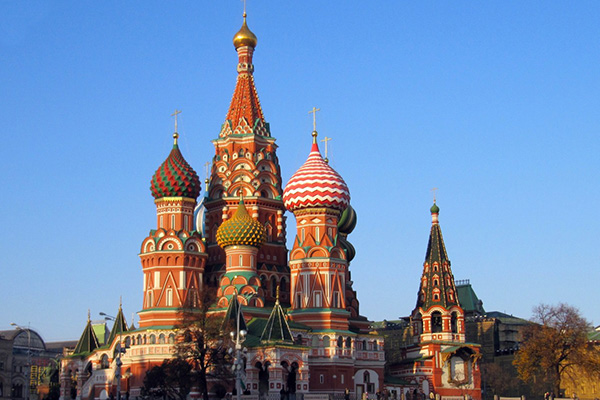 The largest country in the world, Russia also has one of its most dramatic histories. Once a great empire ruled by one of the wealthiest royal families, Russia is also the birthplace of Communism, which put an end that dynasty. Decades of hard-line Communist rule made resources scarce, and life difficult for its people. But the Russia today is quite different. Once again, Russia is home to the some of the world’s richest, this time its newest billionaires – some of them just ordinary individuals who simply made the most of emerging opportunities in the country. Despite these unusual turn of events, some things have remained constant in Russia: the Kremlin and Red Square in Moscow, and St Petersburg's cultural treasures continue to amaze. While Russia’s varied landscape - the mountains of the Caucasus, the beaches of the Black Sea, the vast Volga River, the endless tracts of Taiga in Siberia, magical Lake Baikal, or the volcanoes of Kamchatka – is one natural treasure trove that will last for a long, long time.

Built by Russian tsar Peter the Great to push Russia into the modern world, St. Petersburg is an architectural wonderland with regal palaces, glorious cathedrals and impressive public squares. Rich in cultural heritage and the most European of Russian cities, St. Petersburg is a lasting testimony to the wealth and grandeur of Imperial Russia.

Long closed to Western travelers, a visit to the former Siberia offers a fascinating glimpse into frontier life. The capital of Primorsky Territory, Vladivostok is the end of the line for the legendary Trans-Siberian Railroad, the longest continuous rail line in the world. From its fine cathedral and Russian architecture to Golden Horn Harbor, you'll be awed by Russia's main base for its Pacific fleet.