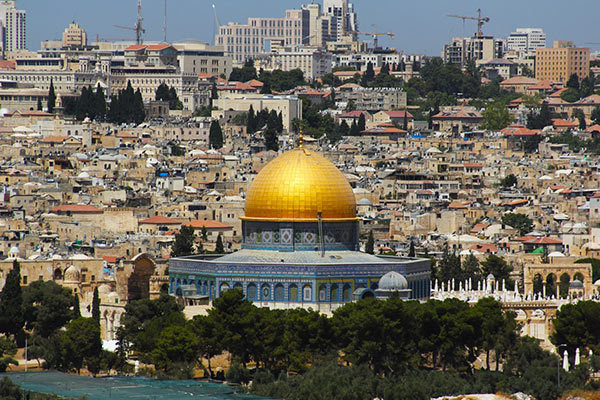 Often called the ‘Holy Land,’ Israel is a land revered by at least three major religions: Christianity, Judaism and Islam. Israel’s enduring story is of a land where these religions were born. Temples, ruined cities and hundreds of Biblical sites all tell of its long and noble history. With breathtaking scenes of sea and desert, Israel is indeed a place that brings you closer to the divine.

This ancient port is the gateway to Tel Aviv, a vibrant city on the Mediterranean Sea with sandy beaches, winding alleys, bustling night life and markets. Ashdod, Israel’s largest port is also ideally situated for exploring one of the world’s most captivating cities, Jerusalem. This 5000-year old walled city is the most revered on earth among Jews, Christian and Muslims. It’s hard not to be awestruck by the magnitude of your surrounding while exploring this fascinating holy city.

One of the most ancient in the world, Ashdod is mentioned twenty-one times in the Bible. Now a well-planned modern city, Ashdod is a welcoming combination of ancient history and cosmopolitan port life.

Located on the historic slopes of Mount Carmel, overlooking the beautiful Mediterranean, Haifa's terraced landscape features panoramic views of the sparkling bay and medieval fortress city of Acre. To the east lies the snow-capped peak of Mount Hermon. An important industrial port, Haifa is Israel's northern capital and third largest city. Visitors will find a unique blend of traditional and contemporary culture. It is home to ancient temples, churches and mosques, as well as elegant hotels, shopping malls, cinemas and white sand beaches.