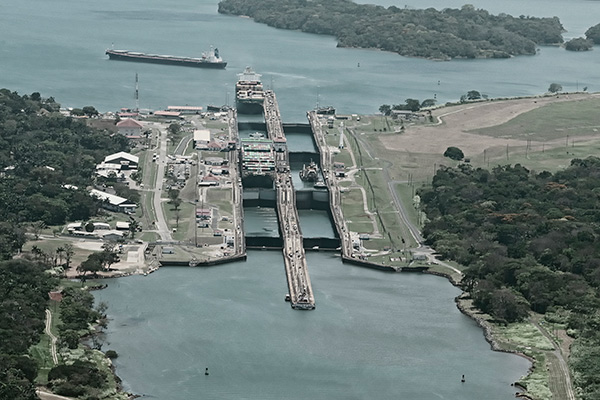 Panama is an unusual, exciting combination of cultural influences: from Native American to African to colonial Spanish and contemporary European. It comes as no surprise as Panama enjoys a very strategic position at the centre of the world. Home to the Panama Canal – the engineering marvel that connects the Atlantic to the Pacific Ocean, thereby cutting short the journey at sea – Panama has been a pivotal trade route for 500 years.

The capital of Colón Province on Panama's central Caribbean coast, Colón lies at the very heart of the country's rich history and innovation. Colón was established in 1850 by Americans building the Panama Railroad, created to meet the demand for a faster trade route during California’s gold rush in the 19th century.

This important port town is less than an hour's drive from Panama's most historical attractions, so it's easy to fit in visits to sites like the Panama Railroad, Gatun Locks, and old Spanish fortress Fort San Lorenzo. Of course, crystal blue waters and pure white sand are always a sweet setting for a cruise vacation kick-off!

Located in the city of Colón, Panama, Cristobal Pier is best known as a stop on the Panama Canal. But it also offers visitors a wide range of attractions, including access to both the Caribbean Sea and the Pacific Ocean. In fact, it is one of the few places where you could actually swim in both bodies of water in the same day.