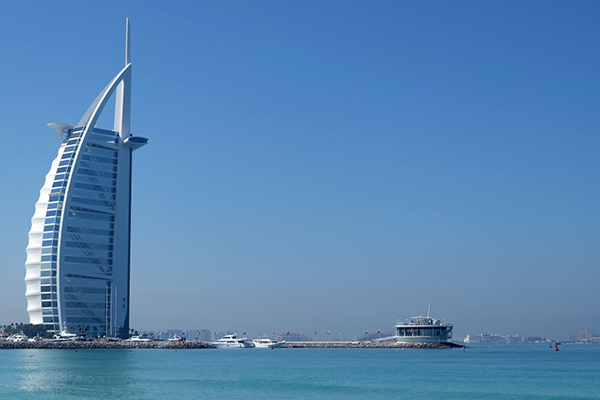 A federation of states or emirates, the UAE is composed of Abu Dhabi, Dubai, Ajman, Fujairah, Ras al-Khaimah, Sharjah and Umm al-Qaiwain. The first two have aggressively embarked on campaigns to boost tourism, while the rest are following suit. Dubai has made phenomenal investments to become a premier holiday destination - building the iconic Burj Dubai, the world’s tallest skyscraper that will also house the Armani Hotel, aside from the iconic the Burj Al Arab. Meantime, Abu Dhabi is pushing to make its new airline, Etihad, one of the most recognisable in the world. It seems only recently that the UAE was a quiet country that relied solely on fishing and pearls. But with all the glitz and glamour that oil money can buy, the UAE is all set to become the destination of choice in the Middle East, if not the world.

The largest of the emirates, Abu Dhabi takes up over 80% of the total land area of the United Arab Emirates (UAE). This emirate combines tranquil beaches and desert oases with some of the most vibrant city life in all the UAE. It's hard to believe Abu Dhabi was just a quiet fishing and pearling village for centuries, but the discovery of oil has recently transformed this capital city into one of the wealthiest and safest tourist destinations in the world.

As one of the world's fastest growing cities, Dubai has become a premier luxury travel destination, drawing visitors from all over the globe. Its dry and sunny weather, incredible shopping experiences, and unique tourist attractions have transformed it into a bona fide hot spot where ancient and modern cultures come together. Spend a morning in the bustle of a traditional souk, including the ‘Gold Souk,’ one of the world’s largest retail gold markets. Then try out one of the city’s uber-modern themed malls for a treasure trove of duty free shopping, before spending a relaxed afternoon on the nearby beach.

The mountainous landscape of Fujairah strikes a bold contrast with the other Emirates, which are primarily blanketed by desert. The weather is seasonal, though generally warm year-round, with an occasional rainy season in the winter months. Fajairah's unique geography, rich history, unspoiled natural beauty, and ultra-modern urban development draw tourists and business from around the world.