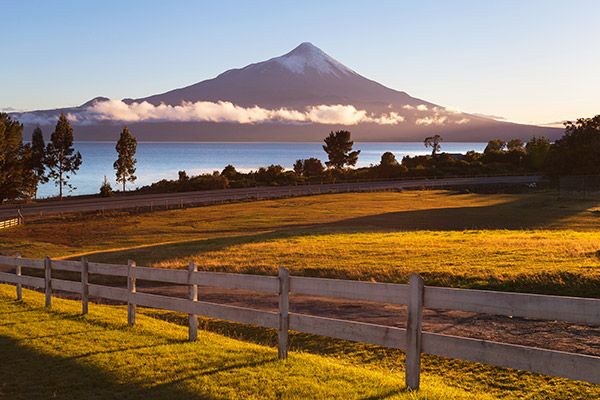 Stretching thousands of miles from one end to the other, Chile’s geography presents a fascinating mix of extremes: the north is an expanse of rain-starved desert, while the south features floating icy glaciers. Meantime, the Andes mountain range to its east never fails to amaze. Since the end of Augusto Pinochet's 17-year dictatorship in 1990, Chile has enjoyed relative economic success and greater political stability. It is now one of the preferred destinations in South America, especially for adrenaline junkies seeking adventure in Chile’s great outdoors.

The vast silence and sand dunes of the Atacama Desert are broken by the Azapa Valley, an agricultural oasis rich in tropical fruits. At the mouth of the valley lies the port of Arica, gifted with springtime temperatures all year long, which is why it is also called, “the City of Eternal Spring.” Founded in 1570, Arica is Chile's fifth oldest city and a commercial gateway for neighbouring Peru and Bolivia. It is a city rich in heritage and home both to a wrought-iron church designed by Gustave Eiffel and to pre-Columbian treasures from the Chinchorro culture dating back to 5,000 B.C.

Now, Arica is a developing seaside resort, with golden sand dunes, miles of seashore, duty-free shopping and lively nightlife. Arica is also the gateway to inland ruins of ancient cultures.

This is the place where you will find Horn Island, the southernmost point of the Tierra del Fuego archipelago, and also the Americas. This is also the place you'll find the confluence of the mighty Pacific and Atlantic oceans. Wildlife is abundant, and our onboard naturalist will be on hand to point out the highlights of this diverse ecosystem.

An exceptionally beautiful part of the Country, the Fjords are set within the southwest portion of Chile. Sailing from Puerto Montt into waters framed with snow-capped volcanoes, deep forests and hot springs makes a cruise along the Patagonian Fjords a visually stunning experience.

Puerto Montt is your gateway to Chile's magnificent Lake District. Here, snowcapped volcanoes gaze down on alpine valleys nestled among low hills. Glaciers carved out this terrain, leaving the jewel-like lakes in their wake. The Lake District was a magnet for German immigrants, and their legacy can be seen today in the manicured rose gardens of Puerto Varas, the "German Villages" like Frutillar, and the gabled homes with elaborate balconies of Puerto Montt.

The main city in the Straits of Magellan, Punta Arenas is Chile’s southernmost city and also the southernmost point on the contiguous South American continent. Originally called ‘Sandy Point’ in the 17th century, when it was a stop-off for those on their way to the gold rush, this small bustling city is a gateway to some spectacular and untamed natural beauty. It overlooks the Strait of Magellan and Otway Sound, home to colonies of sea lions and Magellanic penguins. Punta Arenas is also one of the few places on earth where you can snow ski while looking out over an ocean.

Chile's capital city is a thriving metropolitan area with an impressive mix of modern sophistication and historic reverence - just waiting to charm every visitor.